And speaking of exhibitions...

Following on from Phil’s last post, this year, I've decided on a little side project. It is also something of an experiment in second guessing other people’s tastes.
It is to try to get a body of work together that is accepted into the national/international open photographic exhibitions. Around the UK and internationally, there are a number of exhibitions which anyone can enter their photographs into and which are judged competitively. So as a starter on this project, I've entered some pictures into two exhibitions this March: Vale of Evesham and Basingstoke. Each of the two exhibitions is highly competitive, with an acceptance rate of about 20%.
The inspiration for trying to get pictures accepted comes from the fact that I was awarded my CPAGB last year. The next step would be to apply for the DPAGB (Distinction of the Photographic Alliance of Great Britain). The DPAGB guidance notes  state that the passing standard is equivalent to "open exhibition standard photography". In other words, the pictures are judged against a standard such that it would be "likely to do well in Open Exhibitions, achieving a high rate of acceptance" *. Not only that, but where the CPAGB requires 10 pictures, the DPAGB requires 15. So, to be in with a chance of a DPAGB award, I need to build up a substantial body of work that appeals to the tastes of the selectors of open exhibitions.
Here comes the problem. I had never tested my work against the open exhibition standard. So, I had no idea whether any of my pictures would meet the judges’ taste. Hence, my side project to get pictures accepted in exhibitions.
Having submitted my pictures online, I've been impatiently awaiting the results of the selection. To my surprise and delight I've had three images accepted in each exhibition. I put six forward for one, and eight forward for the other, so a strike rate of 6/14: this is about double what one might expect based on a 1/5 acceptance rate, and seems pretty good to me for a first go. Or to put it another way, I'm dead chuffed.
Of course, there is some confusion when it comes to trying to interpret this in relation to where I might stand with the PAGB judges. I put in to both of the exhibitions "The Entertainer": this was one of the highest scoring images in my CPAGB assessment. However, it has been rejected from both. Interestingly, it scored the lowest of all the pictures I put into one of the exhibitions and significantly lower than some of the ones that did not score as well in the CPAGB adjudication. Oh well. I had been hoping it would go forward for my DPAGB -- I think I can forget that! However, a couple of pictures have been accepted by both places, so that looks reasonable. I just need to test them some more by entering them into further exhibitions to see what the true rate of acceptance actually is.
I am currently finding the process of entering images to exhibitions and discovering if they're accepted quite enjoyable. When the acceptances stop coming, no doubt my opinion will be modified. However, I'm going to carry on doing this for at least the immediate future, to try to build up a body of 15-20 images that get predictable acceptances.
Incidentally, I've come across the website of the Digital Artists and Photography Associates Group. They are a Midlands-based group dedicated to helping each other get their work accepted in national and international exhibitions. Seems like an excellent idea to me. They have a Flickr pool too, which I must look at some more. We need something like that down here in the South as well.
*What is a high rate of acceptance anyway? Sounds like it has exactly the same length as a piece of string.
Posted by Anthony at 09:12 No comments:

As I have blogged previously, my Nikon D300 developed a fault towards the end of last year where the mirror locks up. Around Christmas time, it became unusable and I decided to buy a Nikon D700 to replace it. Since then, the D300 has sat neglected, only occasionally coming out for one or two single shot pictures. But it gnawed at me. It is such a good camera, and has been such a good friend to me for 115,000 exposures that I could not just let it sit.

I had had a rough estimate from Fixation last year for replacement of the sequencer unit that stops the lens down after the mirror flips up: it was that that seemed to have gone. They also recommended replacing the shutter since it got to the point where they see failures, and replacing it at the same time as the sequencer would save on labour costs and the price of a set of rubber seals (these need to be replaced every time the camera is opened).

So last week, I bit the bullet and sent into Fixation. It returned only two days later - a fast turnaround I appreciate greatly. With an almost tangible sense of relief, I opened the box that it came back in to find that it was in fine working order.

Now that I have both cameras working, I can't help comparing the two. The D700 is definitely my go-to camera for whenever I would want to work on a tripod, or if I want to use full frame lenses (like my 105 mm f2 AF-D DC) to get the look they are intended for, or if I want to shoot at essentially unlimited high ISO.

At first sight, they do not look that much different, but I can feel the difference in weight and bulk when simply walking around with them. There's something about the size and weight of the D700 that is just too bulky and heavy for comfortable carrying over extended periods.

There is also something about the controls on the D300 that I find easier: moving a focus spot around is much quicker and more instinctive for me on D300 than the D700. Not too surprising, I suppose: after 115,000 exposures, you would think I would be used to the way the D300 is set up.

Last Sunday, I went with the family to visit the new Turner Contemporary Gallery in Margate (which Martin and Phil have blogged about previously) to see the Turner exhibition: the D300 came with me, with just the 18-70mm lens.

We decided to go by train for a change, not least because it's no quicker to drive (an hour or so in the car), and from where we live it was only £5.50 per person on the train for a saver ticket. Walking from the station, I could not resist shooting a panorama, shown above, across the harbour to the gallery.

The gallery was busy but not heaving, so I was able to enjoy the exhibition greatly. Rodin's Kiss was on exhibit on the ground floor too: a major centre of attention.

So now I feel like I really have the best of both worlds with the two cameras, one crop frame and one full frame. Definitely very happy with the feeling of an old friend returning.
Posted by Anthony at 19:07 No comments:


Just to follow up on Phil's last post. Many congratulations, Phil, on the award of both a Ribbon and a Highly Commended in the KCPA Print Exhibition.

Phil is too modest to have pointed this out in his post, but "A moment of meditation" was awarded a prestigious PAGB Ribbon and "Phantom" a Highly Commended.
Posted by Anthony at 18:31 No comments:

Email ThisBlogThis!Share to TwitterShare to FacebookShare to Pinterest
Labels: Exhibition 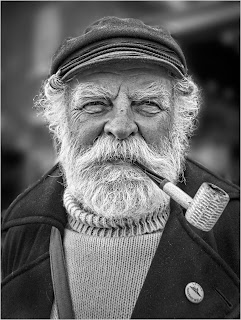 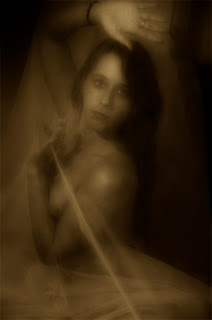 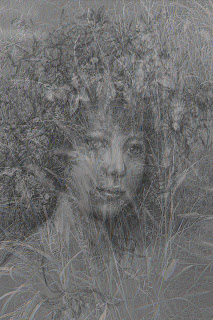 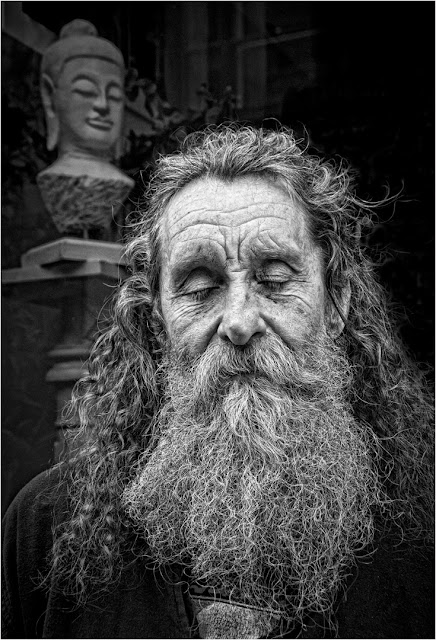 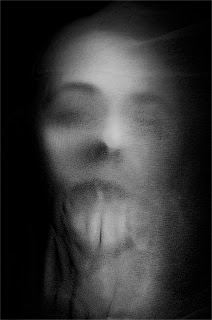 Last night Anthony and I went to the revamped Maidstone Museum in the Bentliff Art Gallery. The 13th Annual Print Exhibition represents the best prints of the association of all the photographic clubs in Kent. To have an acceptance is always pleasing: this year I was lucky enough to have four prints accepted and an additional two received awards.
Posted by philip at 08:38 1 comment:

Email ThisBlogThis!Share to TwitterShare to FacebookShare to Pinterest
Labels: Exhibition

To Headcorn Aerodrome for the first time in a couple of years, hoping to see a number of visitors from France - aircraft that I don't normally get to see. It was the 100th anniversary of Harriet Quimby flying across the Channel - the first woman to do so. To celebrate this, bidirectional flights between Kent and France had been organised. However, poor visibility in the Channel put paid to much of this. Nevertheless, the airfield was busy all day, and a number of French visitors did arrive.

I met Graham from APS there which was great; he introduced me to Colper as well. A very pleasantly sociable time, in weather that improved through the day.

First time out photographing aircraft with my new (used) D700 as well, so good practice. I was trying to get some slow speed panning with the D700 and the Nikon 80-400mm VR lens. I was trying out speeds down to 1/50th-1/60th sec at focal lengths up to 400mm. This gives nice blurring of the background and (depending on the a/c) the possibility of full prop rotation. Naturally, there is a low success rate, but I was routinely getting usable images at 1/60th sec.

I'm getting a bit of a complex about that lens. Every time I read anything about it on the forums, it comes across as a PoS, to the point where I feel like to total moron for even owning it, let alone keeping it for 7 years. But if it is used within its limitations, it works just fine, and produces nice sharp pictures. I didn't miss anything yesterday that could not be attributed to lack of skill of the operator. I wouldn't use it to try to track a Typhoon on a fast pass, or a swift in flight, but if you can accept it for what it is - an older design without a built in motor - and most importantly use it on a camera body with a strongish motor (e.g. the D300 or D700) it is OK. Not as good as the more expensive 70-200 or 200-400, but as a lens you can walk around with all day and not be crippled (unlike the 200-400) it is a very good compromise. (Having said all that is is by no means a modern lens, and needs updating badly. At any airshow there are tens, if not hundreds of thousands, of pounds worth of Canon 100-400 lenses pointing skywards, and scarcely one Nikon 80-400. That's a noticeable market Nikon is ignoring).

I've put most of the pictures on Pbase, but just as a flavour here's a couple.

A beautiful Stearman was visiting (and see opening picture): not one that I recognise, and the star of the day as far as I'm concerned.


This lovely Stampe flew as well.
As usual at Headcorn, the parachutists were up and about. A moment's panic at one point, when we saw a parachute that had not opened properly tumbling to Earth. It turned out it was from a tandem pair of parachutists, who had had to jettison the primary chute, and go on to their reserve. All well though.

I've just written a 'top 10' article for my business blog and though I would share it with you.
Posted by Martin Till at 11:08 1 comment: