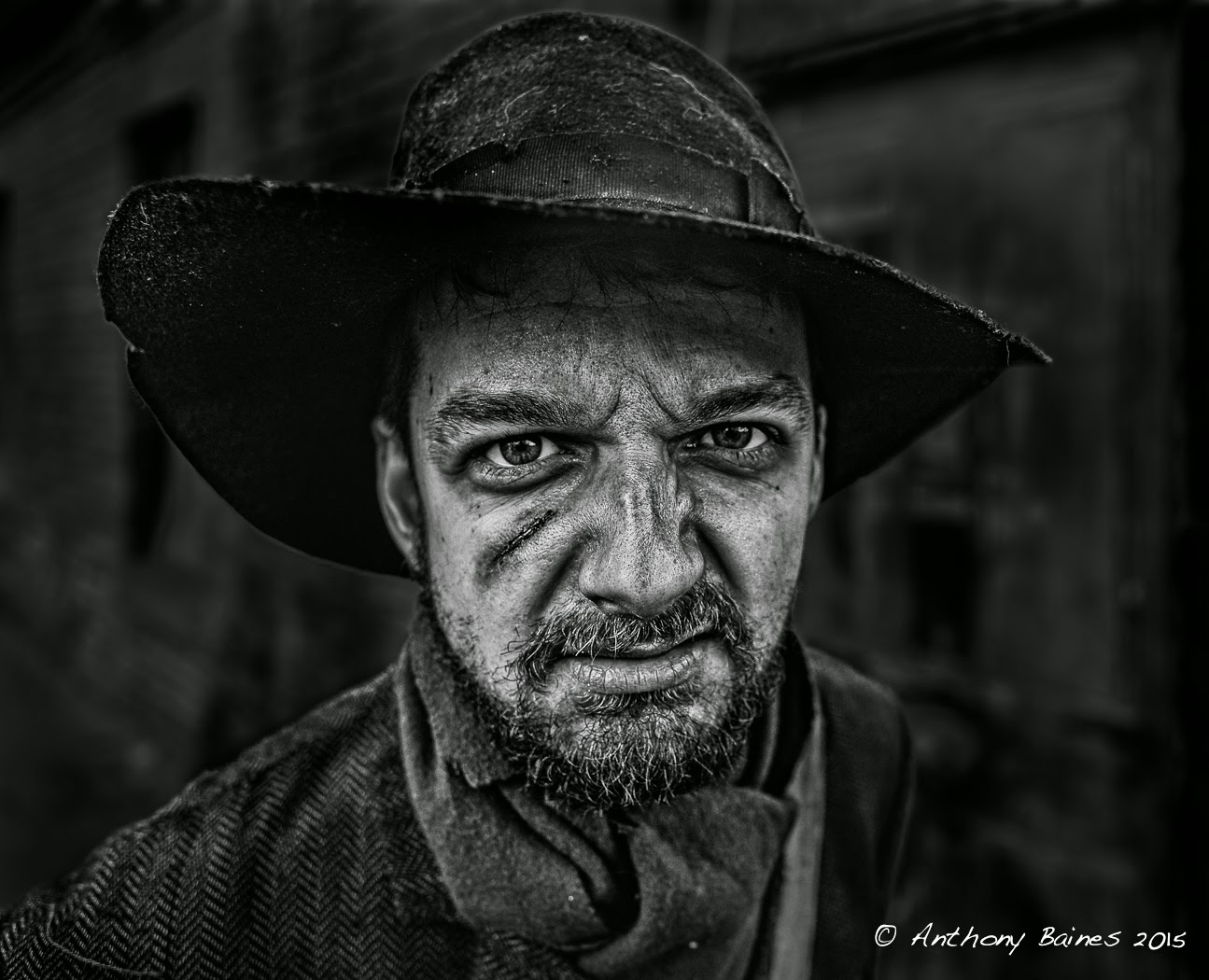 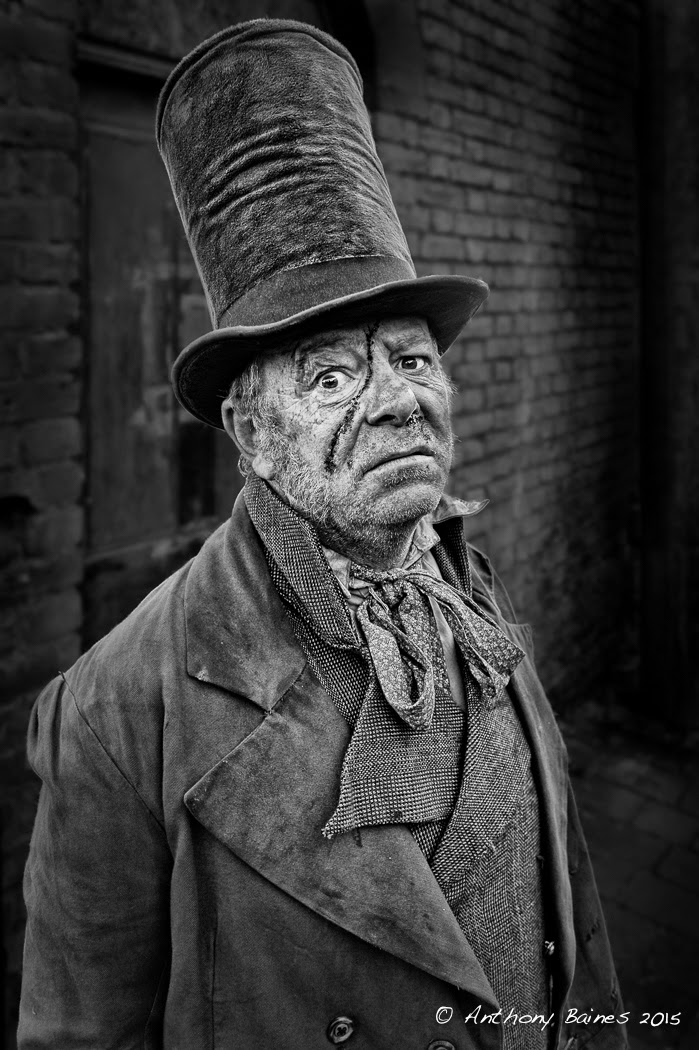 The Seven Dials Rapscallions were present in force at the Rochester Dickens Festival in December 2014.They are wonderful character actors, who really convey a sense of Victorians living on the ragged and bloody edge. Phil and I were lucky enough to get some of them to pose for us.

The problem, as always at a street festival, is to put the characters in a context that tells the story in an effective way. The pictures here were taken in the middle of Rochester High Street. As you can see in the originals, below, the modern context is anachronistic, jarring and distracting. So when I shot this, I had the idea in mind of making composites of the characters against a suitable simple background. Phil is, of course, the compositing maestro, but it really isn't something I particularly do. However, this was a good stimulus to give it a try.

Leaving the festival, we stopped along the way back to the car to photograph various walls and side streets that we could subsequently use as backgrounds in compositing -- and got a lot of funny looks in the process :-). Photographing the background on the same day means that the lighting was rather similar; I used the same lens as I had for the characters, so the perspective should look similar both for both character and background. In this case, I used the 24 mm f/2.8 AF-D lens that Phil had kindly lent me for the day. The 24 mm lens is not a classic portrait lens: used close in, it distorts and gives an exaggerated perspective to the subject. But the great thing is it lends an air of unreality to the image that contributes to atmosphere.

Both these pictures were made just by placing the character (cut out of the original image) on the background, and making separate monochrome conversions in Silver Efex for foreground and background. I tweaked local contrast on the character primarily to grunge up the skin texture, and tried to increase the sinister feeling by selective darkening around the edges of the background. Simple, but quite effective, I think.

My thanks to the two actors featured here, as well as my apologies. They don't look nearly as sinister in real life! 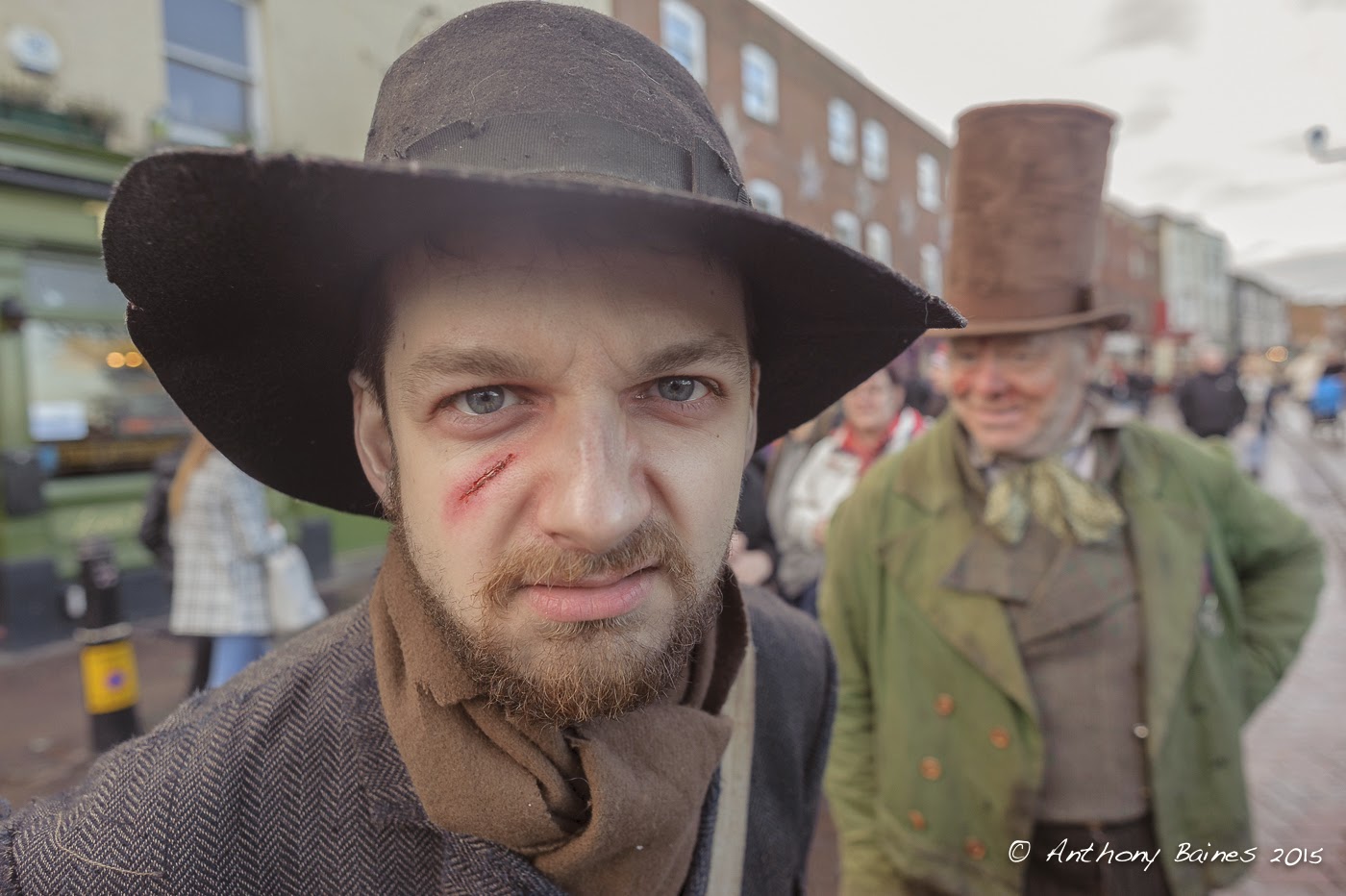 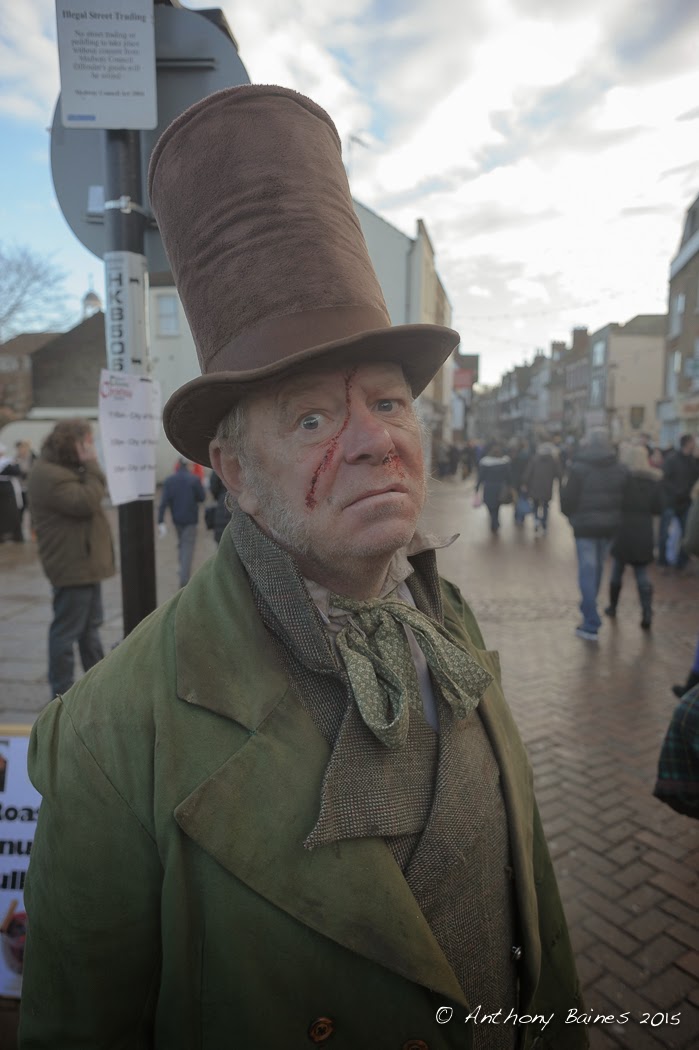