We don't do much on equipment on Wonky Horizons, but I'm making an exception here. This is not so much a review, but a commentary about two years experience with a set of inexpensive wireless flash triggers. I have mentioned these in a previous post, so this is by way of a follow up.

My Nikon D300 and D700 both have a pop-up flash that can be used to control an external flash, and send exposure commands to it. This is a great way to make lighting a subject using flash more interesting by moving it away from the camera. This is part of the Nikon creative lighting system (CLS) that allows full automation of flash exposure.

However, soon after I began using it with an SB900 speedlight (usually firing through a shoot-through umbrella), I realised a serious limitation. There is a tiny lag (only milliseconds) between the commander flash going off and the external flash firing. The delay is just long enough to allow the subject to close their eyes. My daughter, for instance, has the most amazing blink reflexes: pretty much every time I tried to use the pop-up flash as a commander she would blink, so every picture came out with closed eyes. I also think it is a bit unpleasant to have a hard small flash go off in front of your eyes during any extended portrait session.

I had been thinking about getting a wireless trigger for a while when I came across a video by Gavin Hoey, where he used a Yongnuo trigger. These are extremely inexpensive compared to top of the line Pocket Wizards, but, if they're good enough for Gavin Hoey, they should be good enough for me. I actually had the chance to talk to him briefly about them: he was very enthusiastic about them, and said they had been good value for money for him up to that point. So I ordered a set from Amazon.

The device consists of a transmitter (mine is a Yongnuo RF-600TX) that sits on the hot shoe of your camera, and a receiver/trigger (Yongnuo RF-602RX) that has its own hot shoe that attaches to the flash. There is a tripod screw mount in the base of the receiver, so the flash/receiver combination can be attached to the top of a light stand or into a umbrella/soft box support.

In operation, they are simplicity itself. Switch on the flash and the trigger, and you're ready to go (the transmitter communicates with the hot shoe and doesn't have an on/off switch). The transmitter takes a CR2 battery, and the receiver one AAA. The set I got from Amazon had the batteries with it.

There's almost nothing more to say – they just work. Of course, the downside is that you lose the CLS control of the flash. That's to say the expensive, smart SB900 becomes a dumb slave flash. Bummer. But actually, in real life, this has been much less of an issue than I had anticipated. Having grown up with manual flash it's really not a big deal as far as I'm concerned for the kind of simple stuff I do. The SB900 has a very straightforward manual output power control: this means that it is very simple to set the power output to match the desired exposure. I usually work with the flash set to somewhere between 1/8-1/2 power to get a reasonable balance between short recycling time on the flash, and adequate control of aperture.

The range of the wireless signal is more than I'll ever need. I've no idea what the maximum range is: I've tried it over about 60 metres, and it worked fine, and that is far more than I've ever used in serious work.

One more thing to mention is that my son took them over for his A level photography work.  He liked them so much that he bought a set for himself to take with him to University. His Flickr stream shows he makes a lot of use of them.
After two years, all I can say is so far so good. They've worked first time, every time, up till now (says he, furiously touching wood!). Of course, I don't make very heavy use of them, and if I made my living using flashes, a set of Pocket Wizards would be a no-brainer.  But for me, these have been a great value purchase.
Posted by Anthony at 12:33 No comments: 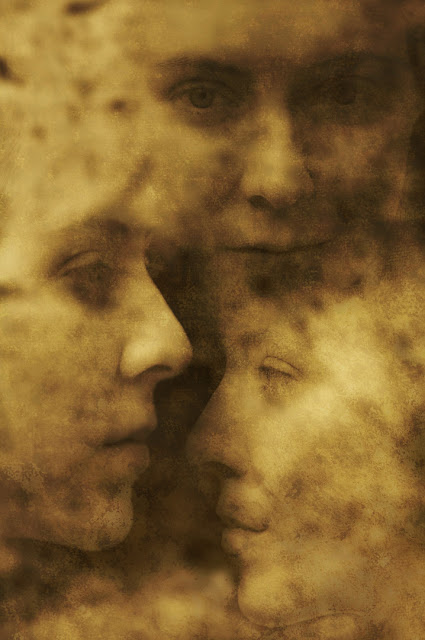